I’ve admired the poetry of Terrance Hayes since a friend recommended him a couple of years ago so when I got word he was coming to my part of the world I took note, and made a few inquiries. I had done a broadside for Robert Hass when he came to Interlochen Center for the Arts in 2006 so had already set a precedence for the project to happen and they were very receptive. Then the game of working with an author and their publisher on a short schedule for selection and proper clearance began!

I was sent the piece Bower which is excerpted from the poem Arbor for Butch in the book Lighthead. I was familiar with the poem as a whole and struggled with what sort of art or ornamentation this fragment of a poem should/could have accompany it. In the end I decided to let these four lines of text stand on their own and this was probably influenced by the fact that I had a linocut I’d done but hadn’t used for anything “bookish” yet which fit well with the poem especially after hacking a bit off the top of the block. Also, time was short, I had to work with materials and paper I had on hand, no time to order anything in.

So here it is as it turned out. Three colors on mould-made German Zerkall Frankfurt cream paper, 15 x 8.5 inches, hand set in Garamond in 24 and 72pt type and printed on my Vandercook 219OS with an additional bit of text on the back commemorating the evening and credits. The paper was not ideal, it is a beautiful sheet but the pronounced laid lines from the mould made printing the solids on the linoleum block quite difficult solved by being diligent with ink, a soft packing and running the sheet through the press twice. The Frankfurt paper was the only nice stock I had in enough quantity to do 100 broadsides so the dimensions of the broadside were more or less dictated by how the sheets could be divided and since it had such a lovely deckle edge from the mould, 100 is a small enough quantity to tear down by hand.

From the beginning I planned on the text running into the linocut so had made paper cut outs of the proofed text and moved it around with prints pulled from the linocut to plan my composition. I printed the lino first but now, to my eye, I feel the text crowds the image and would have benefitted from being moved a bit further away but stubbornly decided to keep my left margin equal − these are the hazards of only having a couple of days to devote to something. I prefer to have various proofs just hanging around the studio for a few days or a few weeks to look at. It’s fast enough to put some ink on the slab bust out a brayer and tweak the print or play with word spacing in the type, add leading, move elements around and “play”.

My approach on book and typographic composition comes from my fine art background first where typically a painting or print evolves over a period of time. Blocks of text are tones of color or shades of grey, how they work with whatever other non-typographic elements might be present and the space of the page spread and the overall book design. My early books were far more “experimental” with type I think but not always in a good way, so much forever to learn. I have an advantage, I think, in my book production because I do every part of the process here – I envision the whole of the book from the beginning from material selection to what the cover will look like. Knowledge of paper and bookbinding informs much information on creating the page layout and selection of stock for accompanying art, doing the artwork for the project gives me flexibility in design, and there is no reason why anything can’t change as the project progresses.

this is analog design.   this is letterpress.

For those who don’t know, (taken from Wikipedia) Terrance Hayes first book of poetry, Muscular Music (1999), won both the Whiting Writers Award and the Kate Tufts Discovery Award. His second collection, Hip Logic (2002), won the National Poetry Series, was a finalist for the Los Angeles Times Book Award, and runner-up for the James Laughlin Award from the Academy of American Poets. He won the National Book Award for Lighthead.

In September 2014, he was honored as one of the twenty-one  2014 fellows of the John D. and Catherine T. MacArthur Foundation – one of the most prestigious prizes that is awarded for artists, scholars and professionals.

This is just a little list of items I’ll have available for next weeks big show in New York. I’m pulling out some of the older titles I haven’t shown in a while where there may only be one or two copies left for sale and I’ll also have some of the broadsides available for purchase.

Looking forward to meeting some new people whom I’ve only had the pleasure of communicating with online or snail mail. Chris Adamson, who has the excellent blog Books and Vines, will be attending the show along with a few others coming in from all parts of the world. Hope to see some of you there!

I’ll also have along some other small ephemera which is rarely seen outside the studio.

I finally got The Mad Angler’s Manifesto on my website last night and it is available for purchase. It can be found here along with all the other books and broadsides.

Last Friday was a release party in Ann Arbor, MI for The Path a recent book of mine inspired by a song from Sigrid Christiansen. A very big difference hearing the tune around a crackling “up north” campfire and then hearing a full production with a lineup of backing players any musician would gladly have. Johnny’s Speakeasy is an excellent classy house concert series that’s been going on for years now in an old German apple cellar right on the edge of town. Here’s some pics from the evening performance: 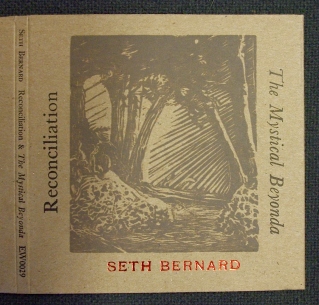 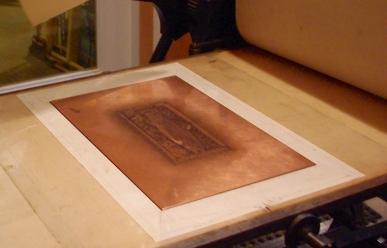 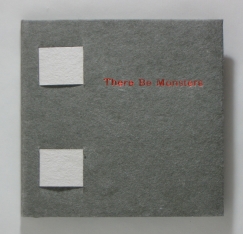 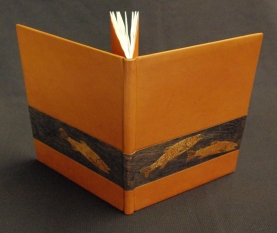 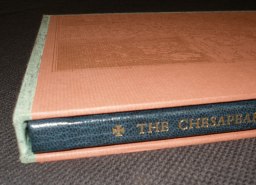 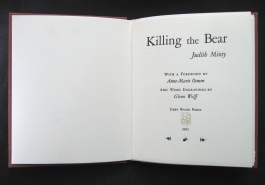 Title page from Killing the Bear by Judith Minty 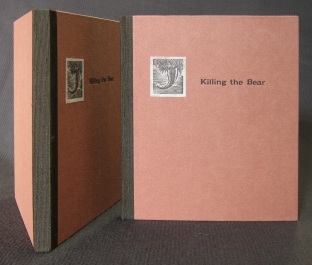 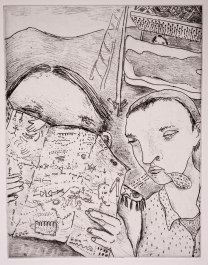 The 6th etching for the book, “Entitled” 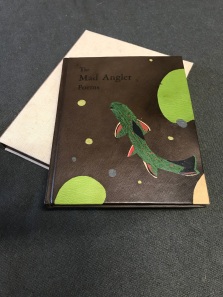 Spread from Heart of Darkness

Presentation binding for The Chesapeake Voyages of Captain John Smith 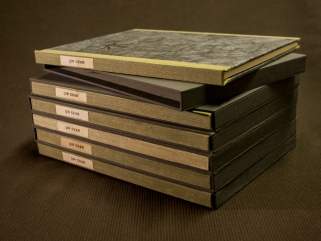 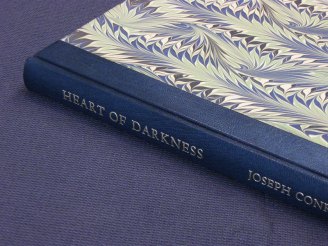 Opening spread for the Frogs Who Wished A King by Aesop, intaglio engravings by Chad Pastotnik.

Title page for the book There Be Monsters 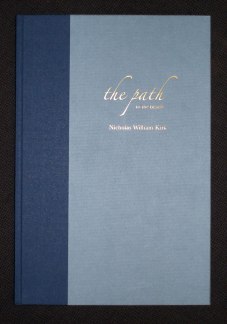 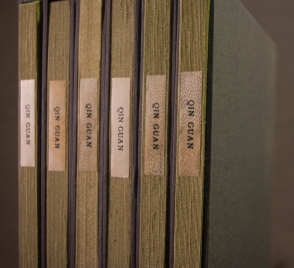 detail of “The Intruder” cover

Opening spread for There be Monsters 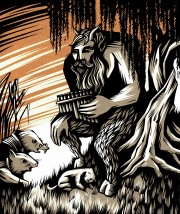 A printed sheet next to the type form 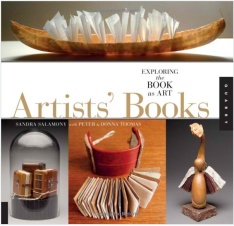 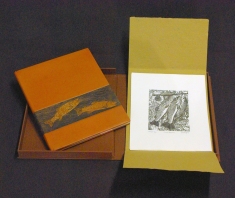 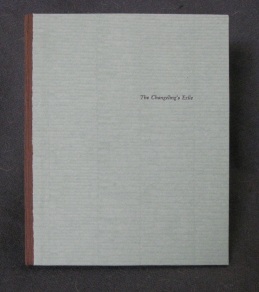 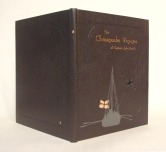 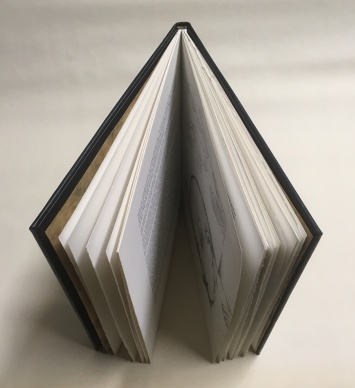 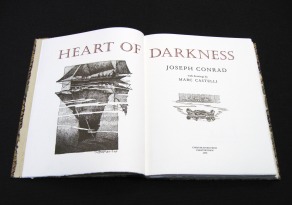 Title page from Heart of Darkness 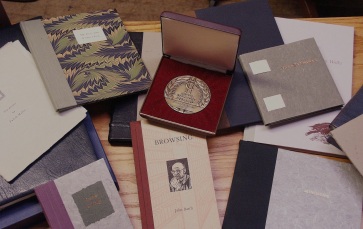 Some books produced at Deep Wood Press. The John Barth book “Browsing” was printed here at DWP for The Literary House Press (Washington College, MD) by James Dissette, my sometimes partner in crime in printing for Chester River Press. 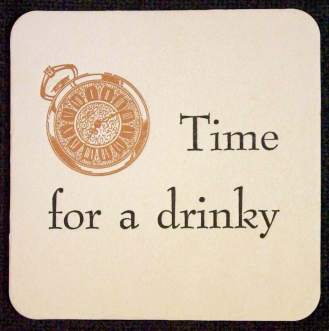 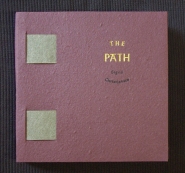 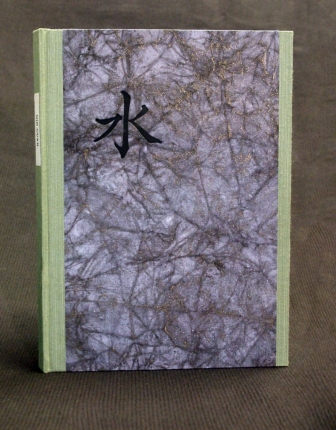 Chained books at Chetham’s Library in Manchester, England where I was a speaker at a letterpress conference.

type hand-set on a curve 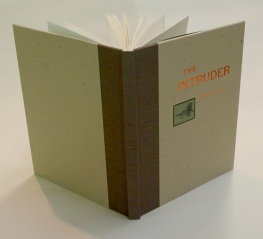 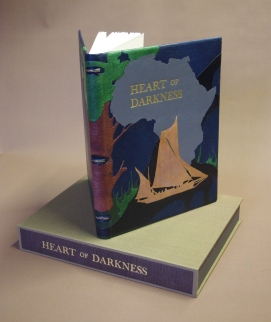 the linoleum blocks for “The Path” center spread 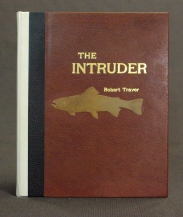 deluxe binding of The Intruder 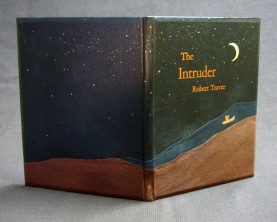 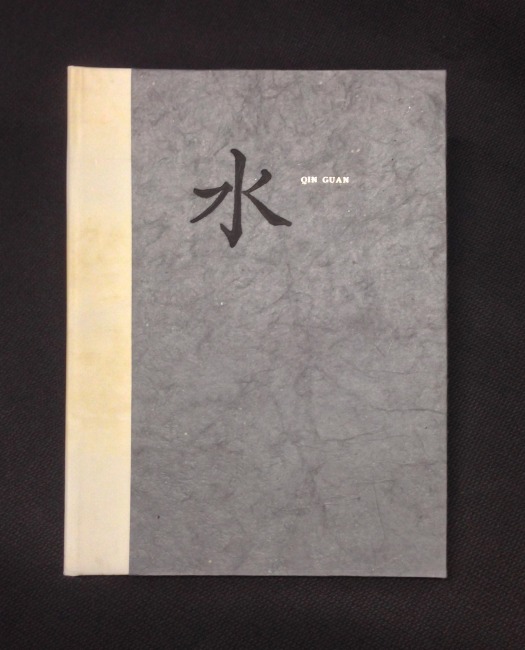